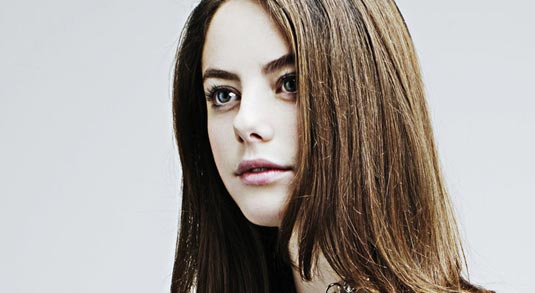 Skins star, Kaya Scodelario will replace quite busy Rooney Mara in the upcoming indie drama entitled Emanuel and the Truth About Fishes. I’m not so impressed with the story but I think Scodelario is a good choice for Francesca Gregorini written and directed movie after all. Here’s what I’m talking about – movie centers on Emanuel (Scodelario), a troubled 17-year-old girl who babysits her new neighbor’s “baby,” which is actually a very life-like doll. She goes along with the delusion while befriending the neighbor, who happens to be the spitting image of Emanuel’s late mother. It sounds a little bit crazy, but what the hell, let’s wait and see what will happen with this at the end. After all, Gregorini is responsible for the 2009 indie drama Tanner Hall (yeah, you can already see the connection, Rooney Mara starred in that one) and it was quite good. Emanuel and the Truth About Fishes starts shooting next year and as usual we’ll keep an eye on it, so stay tuned!
Continue Reading
Advertisement
You may also like...
Related Topics:Emanuel and the Truth about Fishes, Francesca Gregorini, Kaya Scodelario