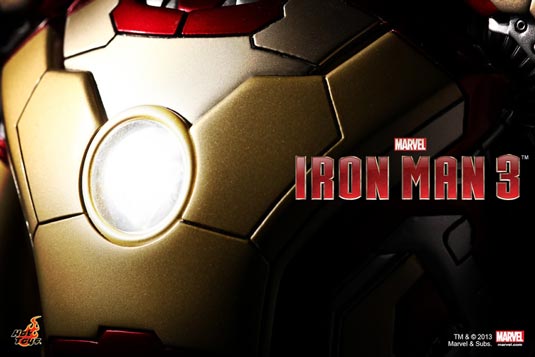 Jon Favreau may not be directing Iron Man 3, but he will still have a significant role in the film. Marvel’s Kevin Feige reveals it will be “by far the biggest part” that Favreau’s character has had in the franchise, and that “he’s just great in this.” Here is what Feige had to say in an interview with MTV News:    “Feige states that the character will have a bigger part in Iron Man 3, as well as more of a connection to Stark and that he steals some “amazing” scenes. “When you put Jon in front of the camera, he tends to steal every scene he’s in, just by reading the scripted lines, but also by going off-book and ad-libbing with the best of them. He’s got some amazing scenes that he steals. But there’s a deeper storyline for Happy in this one, and more of a connection with Tony. The movie goes into why they’ve been friends for all these years.” He also confirmed that Favreau shot his scenes “very early in production”. “It was wonderful for Shane, because he had Favreau right there, sitting next to him,” says Feige. “Shane was not shy about going over and asking Jon questions, whether it was as simple as, ‘How do I navigate this giant green screen?’ Or if it was a question about the character and the franchise. Jon is incredibly gracious and incredibly conscious with other filmmakers to not step on their toes. At the same time, he gives advice and input when he’s asked.” Finally, Feige calls Favreau’s involvement a pleasure, and says that the third Iron Man feels like a natural progression of the series’ storyline. “It’s been a pleasure having Favreau involved. It feels like a natural evolution and a natural continuation of the storyline, even behind-the-scenes, in the making of the movie. It’s not a right turn from where we started.” Iron Man 3 stars Robert Downey Jr., Gwyneth Paltrow, Don Cheadle, Guy Pearce, Rebecca Hall, Stephanie Szostak, James Badge Dale, Jon Favreau and Sir Ben Kingsley and it hits the theaters on May 3rd, 2013.