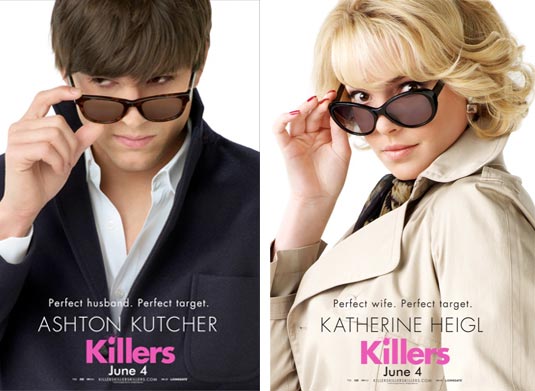 Lionsgate has debuted two new posters for the upcoming romantic comedy, Killers, featuring Ashton Kutcher and Katherine Heigl. Spencer Aimes (Ashton Kutcher) is just your average, undercover, government-hired super-assassin accustomed to a life of exotic European locales, flashy sports cars and even flashier women. But when he meets Jen Kornfeldt (Katherine Heigl), a beautiful, fun-loving computer tech recovering from a bad break-up, he finds true love…and happily trades international intrigue for domestic bliss. Three years later, Spencer and Jen are still enjoying a picture-perfect marriage – that is, until the morning after Spencer’s 30th birthday. That’s when Spencer and Jen learn he’s the target of a multi-million dollar hit. Even worse, the hired killers have been stalking the happy couple for years, and could be anyone: friends, neighbors, the grocery store clerk, even that crabby old guy shuffling across the street. Now Spencer and Jen are on the run for their lives. As their suburban paradise turns into a paranoid game of dodge-the-bullet, they must find out who wants Spencer dead and why, all the while trying to save their marriage, manage his pain-in-the-ass in-laws, keep up neighborly appearances…and just plain survive. 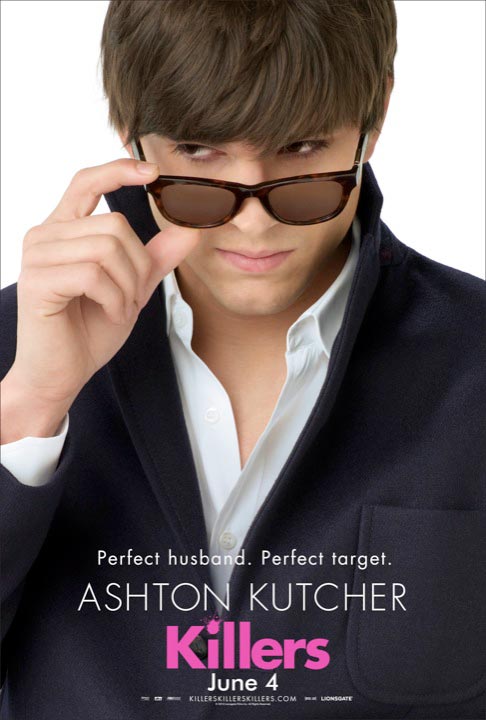 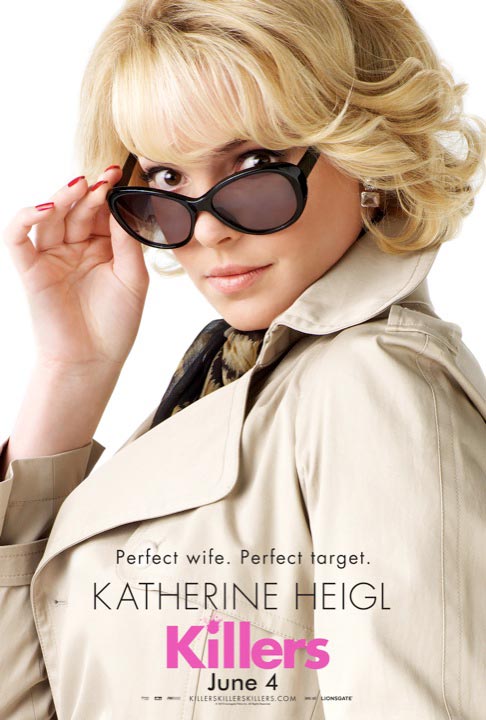