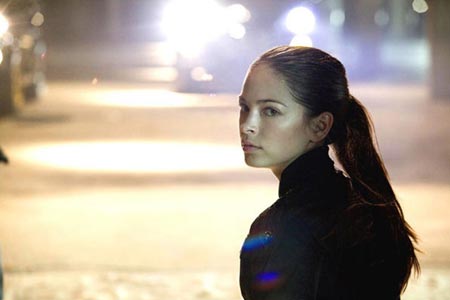 A brand new photos for the upcoming “Street Fighter: The Legend of Chun-Li” film has been released, featuring shots of Kristin Kreuk as Chun Li.

Based on the popular video game franchise, this reboot will focus on female fighter Chun Li, as she embarks on a quest for justice by taking on various characters from the game, including Vega, M. Bison (Neal McDonough), and Balrog (Michael Clarke Duncan).

“Street Fighter” is directed by Andrzej Bartkowiak, the man behind some terrible movies like “Romeo Must Die,” “Exit Wounds,” “Cradle 2 the Grave” and “Doom.” The film is scheduled to hit theaters on February 27th, 2009. [source game.watch.impress.co.jp]