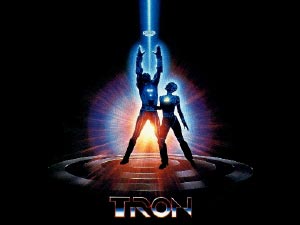 You are about to see the camera version of the much ballyhooed TR2N promo reel, (that premiered at Comic Con) the sequel to Disney‘s cyberpunk legend Tron, that has all the basic goods that we all came to love: Syd Mead designs, neon wireframes, artificial intelligences and of course, fissures. The script is supposedly written by Edward Kitsis and Adam Horowitz from Lost and the tone is going to be way more menacing than the original. The crowd at the event was told that the trailer and any other footage will not be released until next year, closer to the film’s release.
Continue Reading
Advertisement
You may also like...
Related Topics: