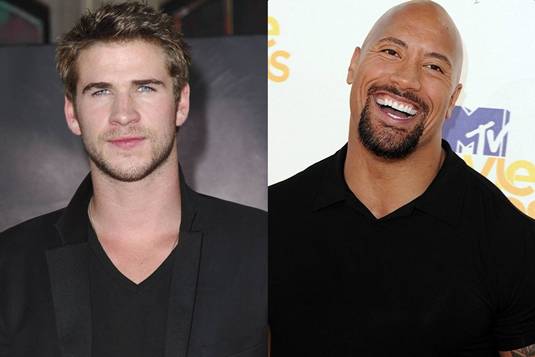 Dwayne Johnson is in negotiations to star in Dito Montiel‘s indie heist film Empire State, formerly titled The Sentry Keep, a thriller based on the real-life robbery of the Sentry Armored Car Company in 1982; an $11.4 million disappeared from the Company in the Bronx when two men opened flat roof like a can of beans and burst into office carrying a shot gun. That haul, at the time, was the largest cash heist in U.S. history. Furthermore, Aussie up and comer Liam Hemsworth, Thor’s brother and star of the upcoming The Hunger Games and The Expendables 2 is locked into the project, despite his already bulging 2012 calendar, playing the role of Chris to Johnson’s Ransone. The independently produced film will be scribed by Adam Mazer, who is best known for the Emmy-winning You Don’t Know Jack for HBO. Also author and musician, Dito Montiel, got off to a really good start with coming-of-age drama A Guide to Recognizing Your Saints, which was adaptation of Montiel’s memoir of the same name, but has since been a waste of talent with Fighting and The Son of No One. Johnson next appears in February’s Journey 2: The Mysterious Island and in G.I. Joe: Retaliation, also this summer like The Expendables 2. Filming on Empire State will begin in April. Stay tuned. [youtube]http://www.youtube.com/watch?v=0ZDXDvlpu6I[/youtube]

A Guide to Recognizing Your Saints – Trailer