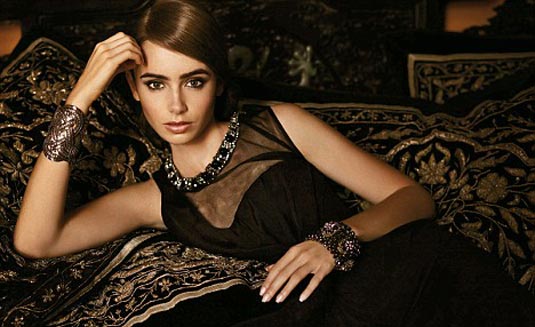 Stephen Sommers‘ adaptation of the Dean Koontz novel Odd Thomas is coming, and today we’re here for a little update! Casting, of course!

According to the latest reports, The Blind Side star, Lily Collins is the frontrunner to play character Stormy Llewellyn. If negotiations work out, Collins will star opposite previously announced Anton Yelchin who is, as you already know, set to play leading role, or simply – Thomas.

Collins definitely looks like an interesting choice for this kind of project, although we must admit that she has some tough competition. Apparently, Emma Roberts, Kat Dennings, Portia Doubleday and Addison Timlin are all contenders for that part.

Here’s a little description: “Odd Thomas, who narrates, is odd indeed: only 20, he works contentedly as a fry cook in a small fictional California town, despite a talent for writing. The reason for his lack of ambition? A much rarer talent: Odd sees and converses with ghosts, the lingering dead who have yet to pass on, a secret he has kept from nearly everyone but his girlfriend, an eccentric author friend and the local police chief, whom he occasionally helps solve terrible crimes.

Odd also has the ability to see bodachs, malevolent spirits that feast on pain and whose presence signifies a likelihood of imminent violence. The proximity of bodachs to a weird-looking stranger in town, whom Odd dubs “Fungus Man,” alerts Odd that trouble is brewing; breaking into Fungus Man’s house, Odd discovers not only hundreds of bodachs but a shrine to serial killers that helps him deduce that somehow Fungus Man will wreak widespread havoc very soon-so Odd is caught in a classic race against time to deter catastrophe.”

Odd Thomas will shoot in Santa Fe, New Mexico in May.