The first trailer and poster for Limitless (formerly called Dark Fields), a new sci-fi thriller which centers on a man who reaches his fullest mental and social potential thanks to the drug, is now online. Bradley Cooper and Robert De Niro star in Limitless, a paranoia-fueled action thriller about an unpublished writer whose life is transformed by a top-secret smart drug that allows him to use 100% of his brain and become a perfect version of himself. His enhanced abilities soon attract shadowy forces that threaten his new life in this darkly comic and provocative film. The film also stars Abbie Cornish, Anna Friel, Daniel Richards. Neil Burger directed and Leslie Dixon scripted. Limitless comes out in March. [youtube]http://www.youtube.com/watch?v=X3U9RsXeJ3w[/youtube] 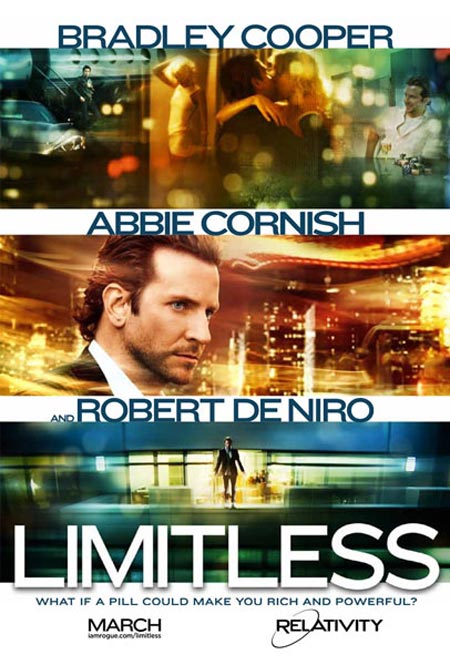