Connect with us
Lionsgate today announced that it has acquired North American distribution rights to Rabbit Hole, starring Academy Award winner Nicole Kidman and Aaron Eckhart, directed by John Cameron Mitchell (Hedwig And The Angry Inch), which made its world premiere at the Toronto International Film Festival earlier this week. 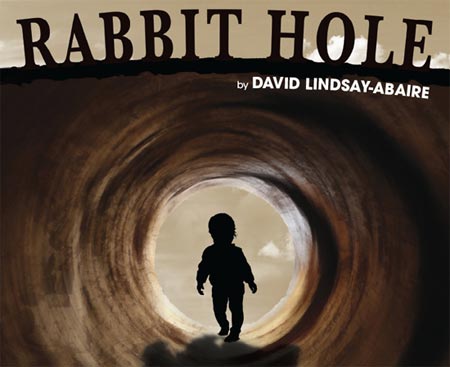 Rabbit Hole is adapted by David Lindsay-Abaire from his Pulitzer Prize and Tony Award winning play of the same name, and produced by Leslie Urdang and Dean Vanech for Olympus Pictures; Nicole Kidman and Per Saari for Blossom Films; and Gigi Pritzker for Odd Lot Entertainment. The announcement was jointly made today by Joe Drake, Lionsgate Chief Operating Officer and Motion Picture Group President, and Jason Constantine, Lionsgate President of Acquisitions and Co-Productions. Rabbit Hole made its world premiere at the Toronto International Film Festival on Monday, September 13. Lionsgate plans a Winter 2010 release. The film is the first release from Kidman’s Blossom Films. Said Constantine, “We are proud to be the home of Rabbit Hole, a drama that not only has great pedigree, but passion, humor, emotion, and profound insight. We are very much looking forward to working with Nicole, Aaron, John and David to bring their extraordinary work to North American audiences.” Said producer Saari, “Nicole and I are elated. From the beginning, Rabbit Hole has been a dream collaboration, and it continues here with Lionsgate.” “It was a joy to have worked with such a talented director and a brave and brilliant cast led by Nicole and Aaron,” added producers Urdang and Vanech. “We couldn’t be more excited to find a home at Lionsgate – their marketing and distribution team have long impressed us with their innovative approach to films that take creative risks,” they added. The deal was negotiated for Lionsgate by Constantine, Eda Kowan, Lionsgate Senior Vice President of Acquisitions and Co-Productions, and Wendy Jaffe, Executive Vice President Business & Legal Affairs, Acquisitions and Co-Productions. CAA, which represents Mitchell, Kidman, Eckhart and Teller, brokered the deal on behalf of Odd Lot, Blossom Films and Olympus Pictures. Rabbit Hole Synopsis The screen adaptation of the Pulitzer Prize-winning play by David Lindsay-Abaire, RABBIT HOLE, directed by John Cameron Mitchell, is about a husband and wife who fight to save their marriage after the deepest form of loss. The film is a vivid, honest and unexpectedly funny portrait of a family searching for what remains possible in the most impossible of situations.