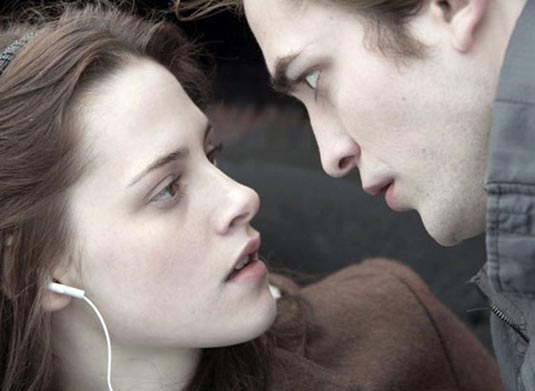 No. No no no. They can’t be serious. Another Twilight would just be too much for this plane of existence, for this universe and this reality – I have a feeling that all of them would implode back into singularity if the reboot of this one happens, and so soon! Lionsgate (which owns “Twilight” studio Summit Entertainment) is reportedly considering restarting the movie franchise, having grossed over $2 billion, with a fifth installment, The Twilight Saga: Breaking Dawn 2 still on the way on November 16th. According to Bloody-Disgusting, “they’re already discussing it internally. It will happen.” The site adds that “It is still undecided exactly what the future of the franchise will be, though. It could be a direct remake… but then again it could also be a spinoff or maybe even a one-off sequel.” Deadline contacted Lionsgate about the above report and Co-Chairman Rob Friedman responded with the following reply:

”We are not remaking Twilight. We will happily support Stephenie Meyer if she decides to proceed in any way. But this will be the last one unless that should change.”

Who do you believe? Before Deadline posted their answer, Bloody-Disgusting said that the studio would

“deny it, right here, right now. We’ll get plenty of eggs in our face. Sites will burn us at the stake like a witch during the Salem trials. Still, the fact will remain: it’s true.”

Personally, I reeeally hope (and from the looks of the site, infer) that this is only fans’ wishful thinking.
Continue Reading
Advertisement
You may also like...
Related Topics:Breaking Dawn, Stephenie Meyer, twilight

The HBO Decided to Pull the Season 1 Finale of THE GAME OF THRONES Because of the Alleged Severed Bush Head
New THE TWILIGHT SAGA: BREAKING DAWN 2 Trailer
Advertisement