Great red band trailer and teaser poster for Inside Llewyn Davis have arrived just in time to remind you that the Coen brothers directed drama will compete for the Palme d’Or at the Cannes Film Festival! Head inside to check it all out and take a much better look at the leading cast (which is awesome by the way.) As you already know, Oscar Isaac, Carey Mulligan, John Goodman, Garrett Hedlund and Justin Timberlake will lead us through the story of a singer-songwriter who navigates New York’s folk music scene in the 1960s. Written and directed by Joel Coen and Ethan Coen, the movie centers on a young folk singer, played by Isaac, who navigates the Greenwich Village folk scene of 1961. Guitar in tow, huddled against the unforgiving New York winter, he is struggling to make it as a musician against seemingly insurmountable obstacles. Inside Llewyn Davis is loosely based on Dave Van Ronk’s posthumously published memoir “The Mayor of MacDougal Street” and just for a record, Grammy-winner T Bone Burnett produced the film’s soundtrack which includes music performed by, among others, Oscar Isaac, Marcus Mumford and Justin Timberlake. Let us once again remind you that the film will compete for the Palme d’Or on May 19th, 2013. We wish the Coen brothers and their team good luck in Cannes, they definitely deserve it! 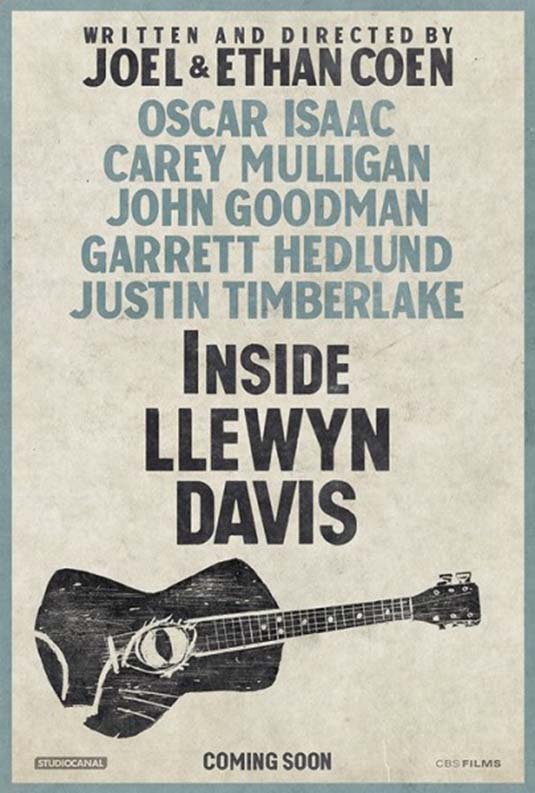