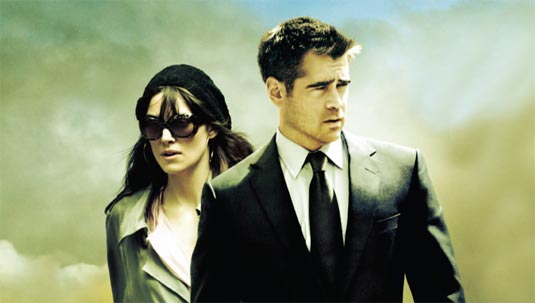 A new poster is out for London Boulevard. London Boulevard is based on Ken Bruen‘s novel and and features Colin Farrell as a former prisoner who’s back on the streets, where he is quickly entangled with a gangster (Ray Winstone) and an actress (Keira Knightley) he’s been hired to protect. Co-stars Stephen Graham, David Thewlis, Eddie Marsan, and Anna Friel. The movie is written and directed by Oscar-winning screenwriter William Monahan (The Departed), who is making his directorial debut. London Boulevard opens in the UK on November 26, but doesn’t hit the States until February 2011. In case you haven’t already watched it, check out London Boulevard trailer.