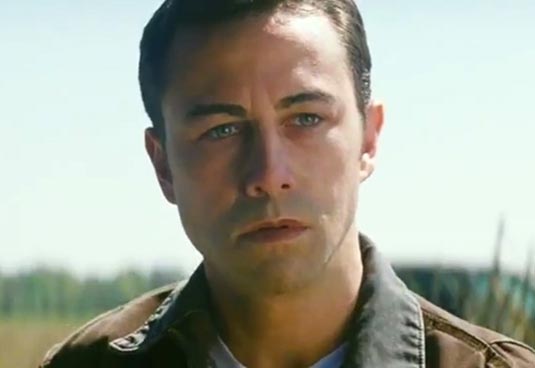 The release date for the upcoming Rian Johnson film Looper is so near, are you anxious to see it? Here we have two brand new hi-res international posters, thanks to IMP Awards, to keep you in check for four more days. In the film, time travel will be invented – but it will be illegal and only available on the black market. When the mob wants to get rid of someone, they will send their target 30 years into the past, where a ‘looper’ – a hired gun, like Joe (Gordon-Levitt) – is waiting to mop up. Joe is getting rich and life is good… until the day the mob decides to “close the loop,” sending back Joe’s future self (Willis) for assassination. Check out the posters below:

This futuristic action thriller is hitting theaters on September 28th, 2012 and it stars Bruce Willis, Joseph Gordon-Levitt, Emily Blunt, Piper Perabo, Paul Dano, Noah Segan and Jeff Daniels. How do you like the idea of the film and how the time travel is used in it? Sound off in the comments!
Continue Reading
Advertisement
You may also like...
Related Topics:Bruce Willis, Emily Blunt, Jeff Daniels, Joseph Gordon-Levitt, Looper, Noah Segan, Paul Dano, Piper Perabo, Rian Johnson

Check Out This Cute Teaser Poster For THE SMURFS 2
New ONCE UPON A TIME Season 2 Poster, Trailer and TV Guide Magazine Cover
Advertisement