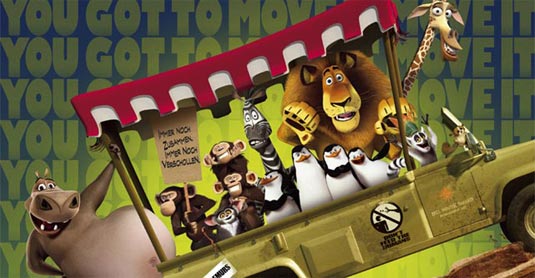 We’ve got today a brand new poster for the upcoming DreamWorks Animation-led sequel “Madagascar 2: Escape 2 Africa“. The film brings back returning stars Ben Stiller, Chris Rock, David Schwimmer, Jada Pinkett Smith, Cedric the Entertainer, Andy Richter and Sascha Baron Cohen. Eric Darnell and Tom McGrath co-directed. To get off Madagascar, the New Yorkers have hatched a plan so crazy it just might work. With military precision, the penguins have repaired an old crashed plane – sort of. Once aloft, this unlikely crew stays airborne just enough to make it to the wildest place of all – the vast plains of Africa itself – where our zoo-raised crew encounter species of their own kind for the very first time. While discovering their roots, they quickly realize the difference between the concrete jungle and the heart of Africa. Despite long-lost relatives, romantic rivals and scheming hunters, Africa seems like a “crack-a-lackin” great place… but is it better than their Central Park home? Madagascar 2 hits theaters on November 7th 2008. 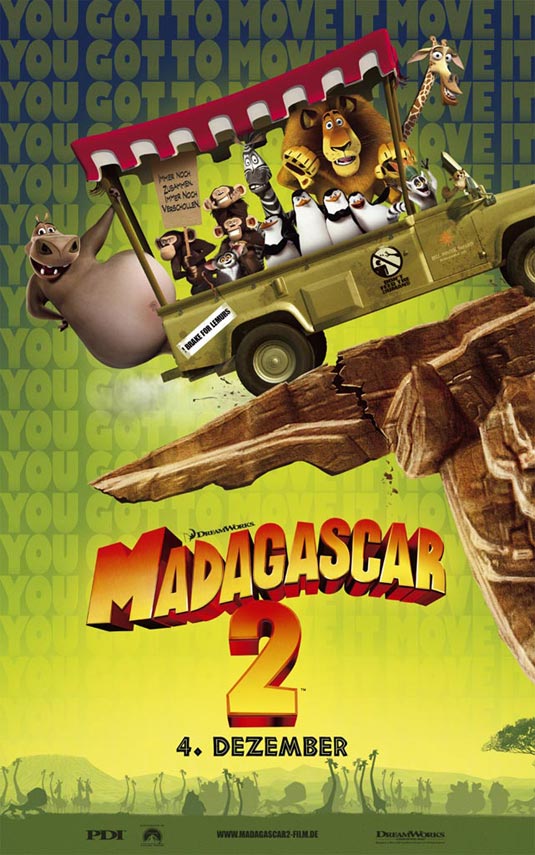