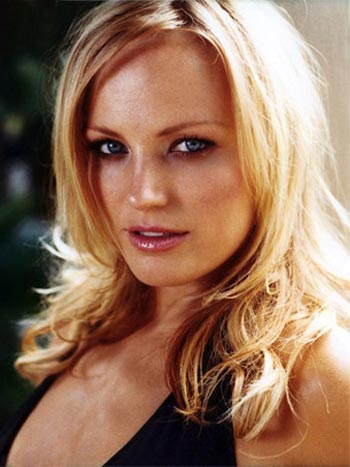 Malin Akerman is quite busy lady these days, indeed. We already wrote about her involvement in the upcoming Medallion project where she’s set to star next to Nicolas Cage, and today, we’re here to add her name to the upcoming Rock Of Ages musical! As you know from our previous reports, this project comes from Adam Shankman and already has some great cast on board! Rock Of Ages is set in the 1980s and filled with rock music from that decade (classic ’80s tunes by Styx, REO Speedwagon, Journey, Pat Benatar, Twisted Sister, Poison and Whitesnake). So far the project stars Tom Cruise as Stacee Jaxx, the arrogant and charming star at the top of his career. Julianne Hough stars as the leading female role, Sherrie, character that Shankman described this way: “she’s the lead, she’s the girl who comes to Los Angeles looking for the dream.” Mary J. Blige will play character named Justice, while Alec Boldwin is set to star as Dennis. Paul Giamatti was cast as the manager of Stacee Jax and his rock band, Diego Gonzalez Boneta will star as Drew Boley, a guitarist and singer described as the nicest aspiring rocker you’ll find in the Bourbon Room and Catherine Zeta-Jones is on board to play a villain. As for the latest addition, Malin Akerman, she is now set to star as Constance, “a journalist who plans to write an expose on the hard-partying rock star but ends up having a fling with him instead after they do a duet of Foreigner’s I Want to Know What Love Is.” Yeah, that’s the same charater that Amy Adams was once attached to play! Chris D’Arienzo, the musical’s creator, wrote the screen adaptation with Adam Shankman and Justin Theroux doing a polish. Adam Shankman will direct and choreograph the film, while Carl Levin, Matthew Weaver, Scott Prisand, Tobey Maguire and Jennifer Gibgot will produce. Rock of Ages comes out June 15th, 2012.
Continue Reading
Advertisement
You may also like...
Related Topics:Adam Shankman, Catherine Zeta-Jones, Diego Gonzalez Boneta, Julianne Hough, Malin Akerman, Mary J. Blige, Paul Giamatti, Rock of Ages, Tobey Maguire, Tom Cruise