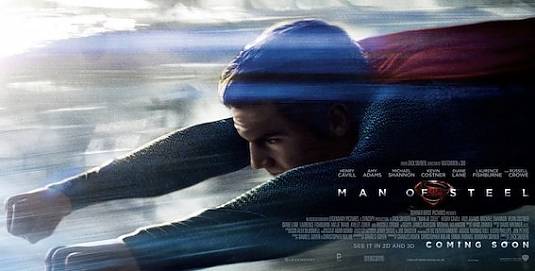 Two new character banners and a brand new featurette for the upcoming Man Of Steel movie have arrived! Do we really have to say go ahead and check it out, when you already know that this behind-the-scenes video is filled with new footage and interviews. In other words: Henry Cavill, Michael Shannon and Amy Adams are waiting for you in the rest of this report, take a look!

You already know the story, but we’re here to remind you that the movie revolves around a young boy who learns that he has extraordinary powers and is not of this Earth.

As a young man, he journeys to discover where he came from and what he was sent here to do. But the hero in him must emerge if he is to save the world from annihilation and become the symbol of hope for all mankind.

Click on these banners to enlarge & stay tuned for more updates!