Latino Review, have a few well placed insiders, and are revealing that Faora will be the female villainess in the movie, most likely joining forces with Michael Shannon‘s General Zod in taking on Superman. The character is defined in the script as Zod’s “right hand bitch.” Furthermore, the film will feature Jor-El, confirming that Daniel Day-Lewis was being wanted as rumored last month, alongside his wife Lana.

To be mentioned Ursa, from the Richard Donner‘s  Superman movies, was based on Faora from the comics so it’s believable that in Snyder’s film they’ll be going back to the source.

Diane Lane, who has read the script for the new Superman Man of Steel, which Zack Snyder is helming and Christopher Nolan producing, gave hints at the film’s storyline by saying:

It does cover the entire range of years, from infancy on.”

The Man of Steel is a reboot/origin story or whatever it is, the whole story will be shown from the beginning, no doubt.

And who is Faora?

Faora Hu-Ul was a serial killer born on the planet Krypton. A self-professed “man-hater”, she targeted only male Kryptonians and ran a concentration camp where she kept other Kryptonians as slaves. Faora Hu-Ul claimed over twenty-three lives before she was arrested. Faora was sentenced to over three-hundred years of incarceration inside the Phantom Zone – the longest sentence ever handed to a female prisoner, and the second-longest sentence over all. As Faora was trapped inside the Phantom Zone, she, along with many others, survived the destruction of Krypton.

Faora was an expert at the Kryptonian martial art of Horo-Kanu, which utilized the pressure points on the Kryptonian body. This made her an extremely dangerous foe for Superman to face in hand-to-hand combat—he was forced to flee from their first encounter.

The last scrap is that Krypton won’t be crystal planet but more likely is similar to the Star Wars world of Lucas-looking Coruscant. In any case, Snyder is going to re-imagine Krypton.

I know Lewis is very selective about roles he chooses, and he has never been interested in the superhero genre, but I believe that Lewis would take up an offer to play a small part that has become iconic due to Marlon Brando in the role. 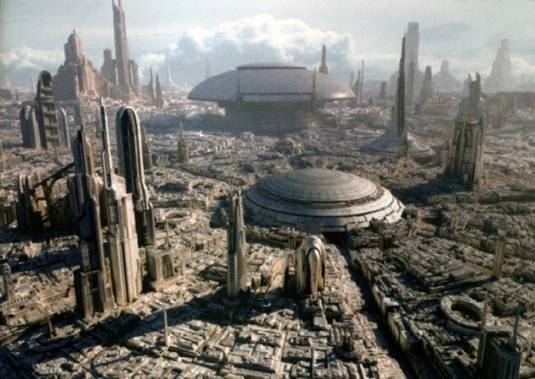