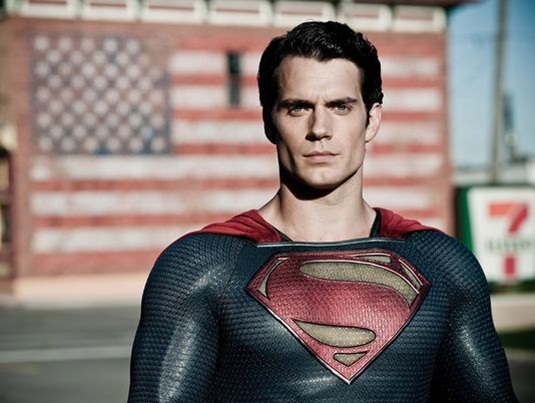 Warner Bros. has released second TV Spot for Zack Snyder’s upcoming reboot of Superman, titled Man of Steel, featuring Russell Crowe‘s Jor-El while instructing Supes (Henry Cavill) to become ‘something other than society had intended.’ Also starring Amy Adams, Michael Shannon, Kevin Costner, Diane Lane, and Laurence Fishburne, Snyder directed the film from a screenplay written by David S. Goyer. The 30-second promo takes Crowe’s rousing voiceover from the full trailer and shows everything you want in a superhero movie such as origin, self doubt, internal conflict, great looking actors, ridiculous action sequences, explosively explosions on explosions and a lot of awesome flying. Eagerly-awaited Superman reboot will make cartel dollars on June 14th, 2013. Check out some new footage in the new spot below.

In the pantheon of superheroes, Superman is the most recognized and revered character of all time. Clark Kent/Kal-El (Cavill) is a young twentysomething journalist who feels alienated by powers beyond anyone’s imagination. Transported to Earth years ago from Krypton, an advanced alien planet, Clark struggles with the ultimate question – Why am I here? Shaped by the values of his adoptive parents Martha (Lane) and Jonathan Kent (Costner), Clark soon discovers that having super abilities means making very difficult decisions. But when the world needs stability the most, it comes under attack. Will his abilities be used to maintain peace or ultimately used to divide and conquer? Clark must become the hero known as ‘Superman,’ not only to shine as the world’s last beacon of hope but to protect the ones he loves.