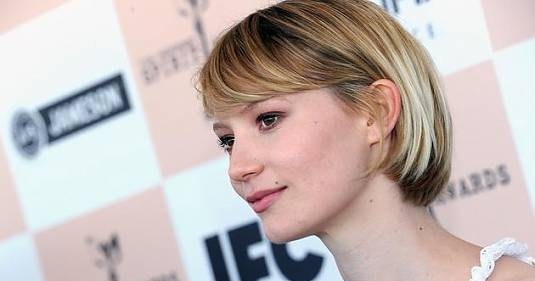 David Cronenberg‘s upcoming thriller Maps To The Stars is getting bigger! We’ve just learned that Mia Wasikowska, Olivia Williams and Evan Bird are all on board for the schizoid ghost thriller which stars shooting this July. Guess we’re all interested in this story? Ok then, head inside to find more details… Let us first remind you that Cronenberg will direct the ghost story that’s said to be a scathing attack on celebrity-obsessed LA from a script written by Bruce Wagner, and the movie already stars Julianne Moore, John Cusack, Robert Pattinson and Sarah Gadon. As for the new cast, at this moment we know that Evan Bird comes on board to play a troubled, drug-addicted child star, while Olivia Williams will play his manipulative mother. Mia Wasikowska, on the other hand, jumps in to play Bird’s disfigured, schizophrenic, fame-obsessed sister. Maps To The Stars is being produced by Katz and SBS Productions’ Saïd Ben Saïd, and Sentient Entertainment’s Renee Tab, Cronenberg’s manager, will executive produce. Can’t wait to hear more about celebrity-obsessed Los Angeles, if you share my enthusiasm about this project – stay tuned for more updates!