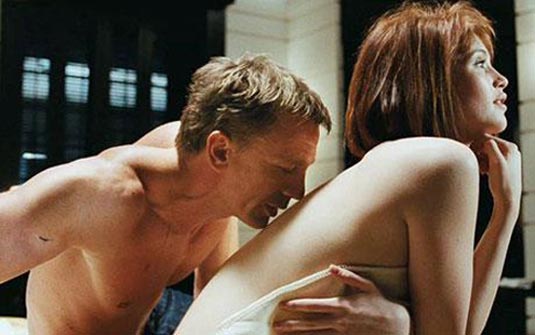 Marc Forster the director of “Quantum Of Solace” turned down the chance to direct the next – 23rd James Bond movie. There were some rumours that “Slumdog Millionaire” director Danny Boyle will helm new James Bond flick but Boyle said that he enjoys Bond movies but he has no plans to direct one. Speaking to MTV, Marc Forster suggested that his ideas for the next movie aren’t in the franchise’s best interests. “They asked me if I wanted to,” he said. “I’ll never say never again, but at this point I would say no…” “It really depends on what direction they want to take it. For me, I wanted to take it to a harder and darker place, but now that that journey I’ve gone on has succeeded, I feel like the next one can take it to a bit more humorous place again.” Forster added that the next Daniel Craig spy outing “should take it in a lighter and more humorous way, maybe add a few more girls and a bit more sex, all that kind of stuff. I think that would be interesting.” Would you like to see more action in James Bond 23?
Continue Reading
Advertisement
You may also like...
Related Topics:Daniel Craig, James Bond, James Bond 23, Marc Forster, Quantum of Solace