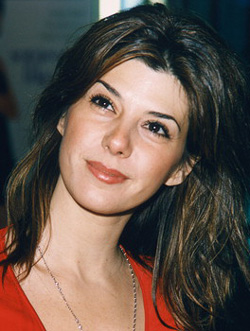 Musician Josh Groban and Marisa Tomei have joined the cast of a marital crisis comedy starring Steve Carell, Julianne Moore, Kevin Bacon, Ryan Gosling, Emma Stone and Analeigh Tipton. Crazy Stupid Love was previous title for new comedy but now the movie is back to being Untitled. Why did they change the title? It’s the perfect one for the story which sounds like this: The story centers on a father (Carell) whose life unravels as he deals with spousal problems and tries to manage his relationship with his children. Carell will play a dad whose cheating wife (Moore) left him, and Gosling is the slick bachelor, a life coach who tries to reform him. Bacon plays Moore’s co-worker, who begins an affair with her. Stone will portray the daughter of Carell’s character and the love interest to Gosling’s character. Tipton is set to play a babysitter who has a crush on Carell’s character while being the object of his 13-year-old son’s affection. Tomei will play the first woman that Carell’s character dates after he’s been schooled by Ryan Gosling’s character in the art of meeting women and Groban will play Emma Stone’s boyfriend. You must admit this already sounds pretty crazy. Warner Bros. movie will direct John Requa and Glenn Ficarra from the script written by Dan Fogelman. Production will start later this month and we hope this will be an interesting movie to watch especially with this great cast. We will wait for the title, for now, and than with every new information we’ll be back, so stay with us.
Continue Reading
Advertisement
You may also like...
Related Topics:Emma Stone, Julianne Moore, Kevin Bacon, Marisa Tomei, Ryan Gosling, Steve Carell