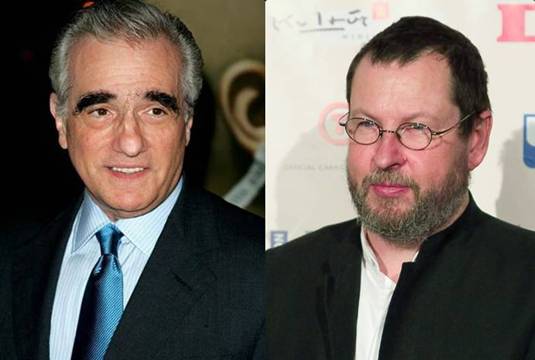 Firstly, The Five Obstructions, is a documentary Lars von Trier made where he challenges filmmaker Jorgen Leth to remake his short, The Perfect Human.

Now, von Trier has dared Martin Scorsese, who is maybe the greatest American filmmaker in the world, to contribute to new version of The Five Obstructions.

In a 2003 the premise was that Lars von Trier has created a challenge for his friend and mentor, Jørgen Leth – Von Trier’s favourite film is Leth’s The Perfect Human (1967), so he gives Leth the task of remaking it five times, each time with a different obstacle given by von Trier.

Earlier this year Lars Von Trier already talked to Martin Scorsese and Robert DeNiro about remaking Taxi Driver. That project seemed to fail after the preliminary headline seizing announcement, but possibly it’s coming back in this form with Von Trier offering Scorsese peculiar rules to remake scenes from Taxi Driver or some of his other classic films.

On the other side, The Hollywood Reporter hinted that it might be one of his early shorts, such as The Big Shave (1968) or What’s a Nice Girl Like You Doing in a Place Like This (1963). Obstructions equal to The Five applied this time around would still be pretty intriguing I think – remaking What’s a Nice Girl with 12 frame shots e.g. would required from both to do the real experiment.

However, the movie is being produced by Scorsese‘s Sikelia Productions and von Trier‘s documentary company Zentropa Real.

Lensing is seemingly begining next year, after Scorsese films Silence, the Jesuit priest drama with Daniel Day-Lewis starring. I honestly doubt about how this will all turn out.

Check out trailers for von Trier’s The Five Obstructions as well as for Jorgen Leth’s  perfect short film The Perfect Human.