Connect with us
Yeah, you read that correctly, Martin Scorsese and Robert De Niro are reuniting for the first time since 1995 crime classic Casino! 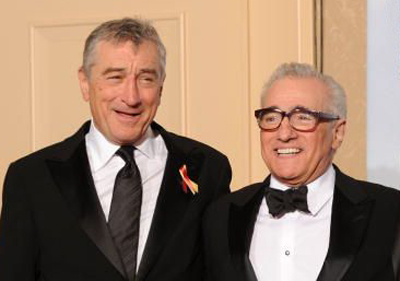 At first, that was just another Hollywood rumor, but now it’s a fact, because legendary director has just confirmed they are all set to start shooting a project titled The Irishman in 2011. The film will focus on Frank ‘The Irishman’ Sheeran, who is reputed to have carried out more than 25 mob murders. The movie is based on a book called I Heard You Paint Houses, which refers to mob slang for contract killings, and the resulting blood splatter on walls and floors. Steve Zallian who worked on a Gangs of New York project, is now working on the script and, according to Robert de Niro it looks that we can expect even more from this project: “…We have a more ambitious idea, hopefully, to make it a two-part type of film or two films… It’s an idea that came about from Eric Roth to combine these movies using the footage from ‘Paint Houses’ to do another kind of a film that is reminiscent of a kind of ’8 1/2,’ ‘La Dolce Vita,’ a certain kind of biographical, semi-biographical type of Hollywood movie – a director and the actor – based on things Marty and I have experienced and kind of overlapping them.” At the end let’s just add that Scorsese is in talks with Al Pacino and Joe Pesci to join the project as well and remind you that De Niro and Scorsese first teamed up for 1973’s Mean Streets before further collaborations on Taxi Driver, New York, New York, Raging Bull, The King Of Comedy, Goodfellas and Casino. As usual, we’ll keep an eye on this one, so stay tuned!
Continue Reading
Advertisement
You may also like...
Related Topics:Al Pacino, I Heard You Paint Houses, Martin Scorsese, Robert de Niro, The Irishman