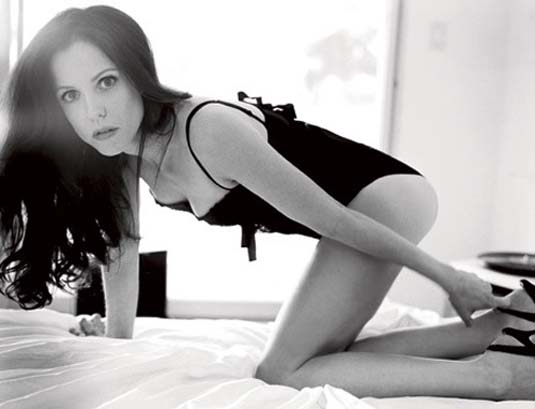 R.I.P.D. opens on June 28, 2013, the movie has great cast on board and although we’re still in 2011, we’re also interested to see how things with the upcoming Robert Schwentke‘s movie are moving on. So, it’s obvious we’re here for a new addition to the previously announced cast list that already includes Ryan Reynolds, Jeff Bridges, Kevin Bacon and Stephanie Szostak. And the lucky lady is Mary-Louise Parker! Parker is actually still in negotiations to join Schwentke’s adaptation of the graphic novel R.I.P.D. but she has good chances to jump in, especially now when Jodie Foster, who was previously attached to star as Procter, passed the role. So, if negotiations work out, Parker will star as woman who overseas the titular department and explains to Reynolds what the deal is after his character dies. Let me once again remind you that the movie follows a cop named Nick Cruz, played by Ryan Reynolds who was killed in the line of duty and who accepts a deal with the R.I.P.D. to serve a hundred years of service in exchange for a chance to figure out who it was that killed him. Bridges is on board to play Reynolds’ partner, a seasoned veteran of the R.I.P.D., while Bacon will be the bad guy in the movie. Anyone excited about this news? Let us know!
Continue Reading
Advertisement
You may also like...
Related Topics:jeff bridges, Kevin Bacon, Robert Schwentke