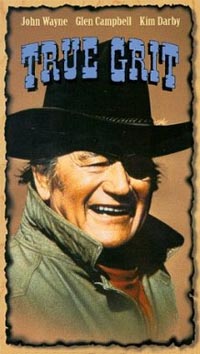 Matt Damon and Josh Brolin are in discussions to join the next Coen brothers film – remake of the 1969 western classic “True Grit.” Jeff Bridges is already a member of the cast as Marshall “Rooster” Cogburn, originally played by John Wayne who won an Oscar for this role. The original “True Grit,” based on the Charles Portis novel, tells the story of U.S. marshal Rooster Cogburn and another man in uniform tracking the killer of a 14 year-old girl’s father. The Coens are planning a more faithful adaptation of the novel so the story is told from the point-of-view of the young girl, and not of Rooster Cogburn (Bridges’ character). Damon will play the Texas Ranger (originally played by Glen Campbell) that works with Cogburn and Brolin will fill the villain part – the murderous man they’re chasing. Bridges already worked with the Coen Brothers and famously portrayed Jeffrey “The Dude” Lebowski in the 1998 cult classic “The Big Lebowski.” This will be the second time Brolin have worked with the Coen brothers. Brolin previously teamed with them for Academy Award winning “No Country for Old Men.” Damon has never worked with the director duo. Paramount Pictures is planning a March 2010 production start for release later that year. Scott Rudin (No Country for Old Men) and Steven Spielberg are producing.
Continue Reading
Advertisement
You may also like...
Related Topics:Coen brothers, jeff bridges, Josh Brolin, Matt Damon, True Grit