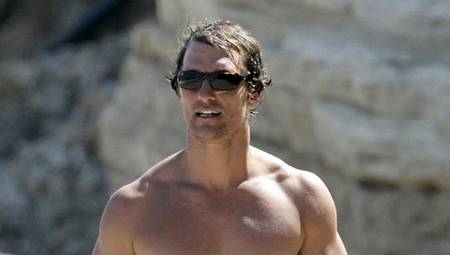 It’s pretty obvious that Steven Soderbergh has changed his mind because Oscar winning director announced earlier this year that he would be retiring from the film industry. Soderbergh stated on the National Public Radio that:

when you reach the point where you’re saying, ‘If I have to get into a van to do another scout, I’m just going to shoot myself,’ it’s time to let somebody who’s still excited about getting in the van, get the van.

Steven found another way to scout, no doubt. All jokes aside, Steven Soderbergh and Channing Tatum are busily preparing for their indie male stripper drama Magic Mike. Now, Matthew McConaughey is set to join the production. McConaughey will play a former stripper Dallas turned strip club owner where Magic Mike works. Tatum plays the magical title character; he’s a stripper and a dancer, who takes Alex Pettyfer under his stuffed arms in order to learn through him about the hustling on and off stage. The concept is based on the real-life experiences of Tantum who draws heavily on his working as a stripper in Tampa. Tatum’s producing partner Reid Carolin also had script writing responsibilities. McConaughey is currently filming Lee Daniels’ thriller The Paperboy and will also take the lead in Jeff Nichols’ coming-of-age drama Mud. Additionally, he has Richard Linklater’s Bernie and upcoming role in William Friedkin’s Killer Joe waiting to be released. Magic Mike hadn’t yet announced a date to start its production. The movie will come out in 2012. Watch the exclusive clip of the G.I. Joe star’s nude dance. [youtube]http://www.youtube.com/watch?v=JYoNK0oLUuI[/youtube]