Connect with us
Ok, this was fast. First we saw some reports with Jane Goldman‘s name in it and these days, when we have her name in a report – we all expect to hear some update on the Kick-Ass story, right? 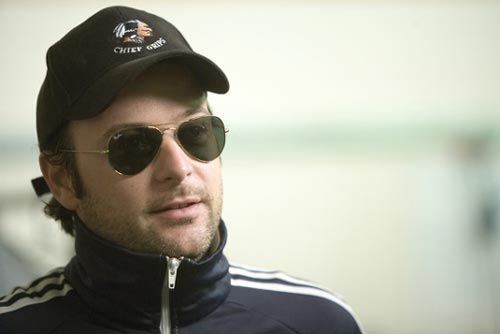 So, there was The Daily Mail article where it was mentioned that Goldman is currently working on the script for the Kick-Ass sequel. And, there was a little tweet from Jane Goldman where she explained that, at this moment, that’s not going to happen! “Saw a few erroneous reports today that I’m currently writing Kick Ass 2 script – sorry if anyone’s disappointed, but not true. Currently writing for 2 other projects, then on to lovely Matthew V’s next thing (right now, looks unlikely to be KA2) when X-Men post-prod’ ends,” Goldman said. So, no sequel is coming (yet). But, then, what’s Vaughn working on after X-Men: First Class? Let us remind you that, back in December, Mark Millar said his latest comic-movie Superior had landed “the most high-profile actor of 2010” and that an official announcement on the film would come in January. It’s January, and we’re waiting for that announcement…
Continue Reading
Advertisement
You may also like...
Related Topics:Jane Goldman, Kick-Ass 2, Mark Millar, Matthew Vaughn