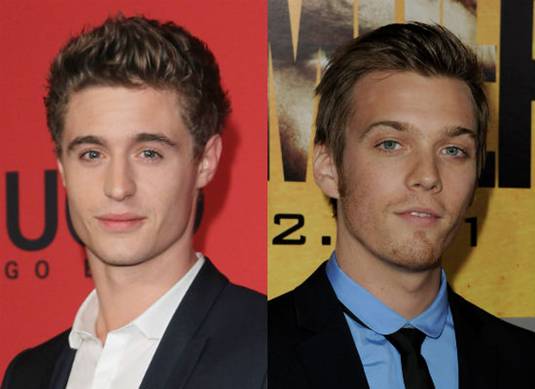 Max Irons, son of Oscar-winning actor Jeremy Irons has been cast in the role of Jared, in Andrew Niccol‘s adaptation of Twilight author Stephenie Meyer‘s The Host. Earlier, the Olympians star Jake Abel signed on for one of two lead male roles in the supernatural love story that follows an alien race called Souls who inhabit human bodies and erasing the former human’s mind. Back in May, Saoirse Ronan signed on as main character Melanie ‘Mel’ Stryder whose body is invaded by an alien name Wanderer. Jared Howe is Mel’s love interest while Abel plays Ian, a young man who is in love with Wanderer, so the conflict is pretty apparent. Ronan obviously plays the dual role of Melanie/Wanderer. The Host film is in good hands with director Andrew Niccol, one of the most gifted writers and the man behind sci-fi like Gattaca (1997). (On the other hand, his most recent contribution In Time is ok and good enough, but not great). Filming begins in February in Louisiana and then New Mexico and Open Road Films has set a March 29th, 2013 release date (Easter weekend) for The Host. Maximilian ‘Max’ Irons, most known for his leading role in Red Riding Hood has also modeled for companies including Burberry and Mango and will next star in the upcoming Vivaldi biopic from little known director Boris Damast. Check out the latest trailer from the movie Red Riding Hood starring Amanda Seyfried, Gary Oldman and Max Irons, of course. [youtube]http://www.youtube.com/watch?v=ekKMYAOmTj0[/youtube]