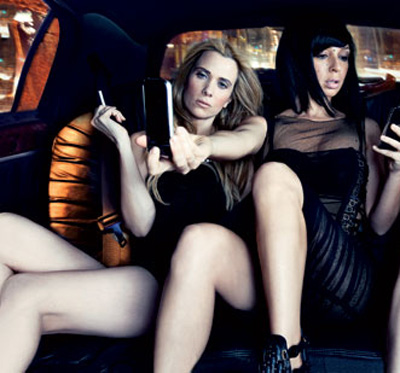 Maya Rudolph has joined Kristen Wiig in Bridemaids comedy. This comedy will be produced by Judd Apatow, while his Freaks And Geeks co-creator Paul Feig will be directing. It already sounds like an interesting mix of teams… So, this new Hollywood project will feature Rudolph as the bride to be, Lillian, and Wiig as her bridesmaid, Annie. This could sound like some kind of official synopsis: “When Annie (Kristen Wiig), a simple Midwestern girl is asked to be her best friend Lillian’s (Maya Rudolph) maid of honor, she struggles to please the snobby, rich bridesmaids at every pre-wedding event.” We already wrote about some comedies of this kind of script coming, so it’s kind of interesting to see how movies that involve wedding humor are going to work out. Anyway, this will be Wiig’s first lead role, but we’re sure you all remember her from Adventureland, Walk Hard and Whip It, so she could be pretty good for this kind of role, why not? On the other hand, Maya Rudolph could be nice support, since the two of them already worked together, and we’ll soon have a chance to see them together in MacGruber this May. So, at the end of this report, let’s remind you that the movie described as a “story about  two women battling to plan their friend’s wedding party” has a release date of May 13th, 2011. We hope that next time we’re going to have more details about this new project, and until then stay tuned!
Continue Reading
Advertisement
You may also like...
Related Topics:Kristen Wiig, Maya Rudolph