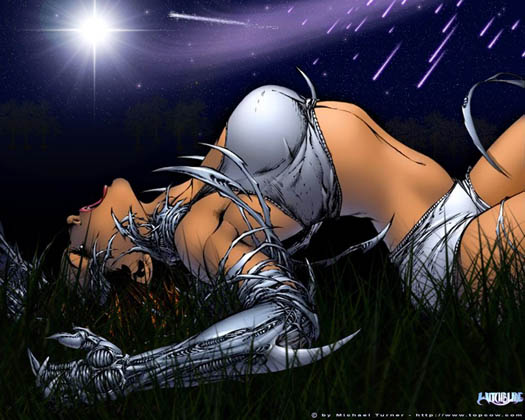 Michael Rymer will direct and co-produce “Witchblade,” based on the comic from Top Cow Productions. The fantasy, involves a jewel-encrusted gauntlet that bestows extraordinary powers upon the possessor, one chosen woman from each generation. The series which was created by Top Cow editors Marc Silvestri and David Wohl, writer Brian Haberlin, and artist Michael Turner has sold more than 100 million copies since its 1995 debut, and has previously been adapted to a series on TNT that ran for two seasons, as well as an animated series in Japan. Michael Rymer is best known for his directing and producing work on the Sci-Fi Channel’s revision of “Battlestar Galactica.” Rymer, who has directed 20 episodes of the revived series and produced 40, is filming the “Battlestar Galactica” series finale. The Australian filmmaker recently wrapped production on “Revolution,” a two-hour series pilot for NBC Universal Media Studios and the Sci Fi Channel and according to Variety will begin work on “Witchblade” shortly.
Continue Reading
Advertisement
You may also like...
Related Topics:Battlestar Galactica