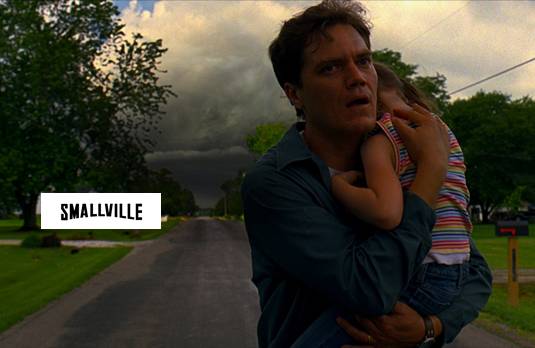 The new Superman reboot has its name belongs to evil guy — if it has Superman in the title as a prefix remains unclear. The figure of a power-crazy fellow-exile from Superman’s home planet of Krypton, is one of the best-known of the classic enemies, having been personified unforgettably by Terence Stamp in 1980’s Superman II.

Man of Steel is penned by David S. Goyer based on a story by Goyer and producer Christopher Nolan. Emma Thomas, Charles Rovan, and Deborah Snyder also are producing. Lloyd Phillips and Thomas Tull are exec. producers. Shooting is expected to start this summer (or fall) for a December 2012 release date.

Here is the official press release:

MICHAEL SHANNON TO STAR AS GENERAL ZOD IN “MAN OF STEEL” FROM WARNER BROS. PICTURES AND LEGENDARY PICTURES

Snyder stated, “Zod is not only one of Superman’s most formidable enemies, but one of the most significant because he has insights into Superman that others don’t. Michael is a powerful actor who can project both the intelligence and the malice of the character, making him perfect for the role.”

As General Zod, Shannon will go toe-to-toe with Henry Cavill, who plays the new Clark Kent/Superman in the film. The main cast also includes Amy Adams as Lois Lane, and Diane Lane and Kevin Costner as Martha and Jonathan Kent.

Michael Shannon was honored with an Academy Award® nomination for Best Supporting Actor for his role in Sam Mendes’ “Revolutionary Road,” with Leonardo DiCaprio and Kate Winslet. Shannon was most recently seen in the award-winning HBO drama series “Boardwalk Empire,” from executive producer Martin Scorsese. He will next be seen in Sony Pictures Classics’, “Take Shelter,” from director/writer Jeff Nichols.

Charles Roven, Emma Thomas, Christopher Nolan and Deborah Snyder are the producers of the film. The screenplay is being written by David S. Goyer based on a story by Goyer and Nolan. Thomas Tull and Lloyd Phillips are serving as executive producers.