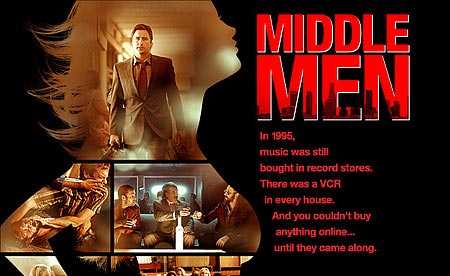 Paramount Pictures has released the first poster and trailer for Middle Men starring Luke Wilson, Giovanni Ribisi and Gabriel Macht In 1995, everyone had a VCR, music was sold in record stores, and the world-wide-web was a new found discovery. Businessman Jack Harris (Luke Wilson) had the perfect life – a beautiful family and a successful career fixing problem companies. And then he met Wayne Beering (Giovanni Ribisi) and Buck Dolby (Gabriel Macht), two genius but troubled men, who had invented the way adult entertainment is sold over the internet. When Jack agrees to help steer their business, he soon finds himself caught between a 23 year-old porn star and the FBI all the while becoming one of the wealthiest entrepreneurs of his time. Inspired by a true story that proves business is a lot like sex… getting in is easy, pulling out is hard. 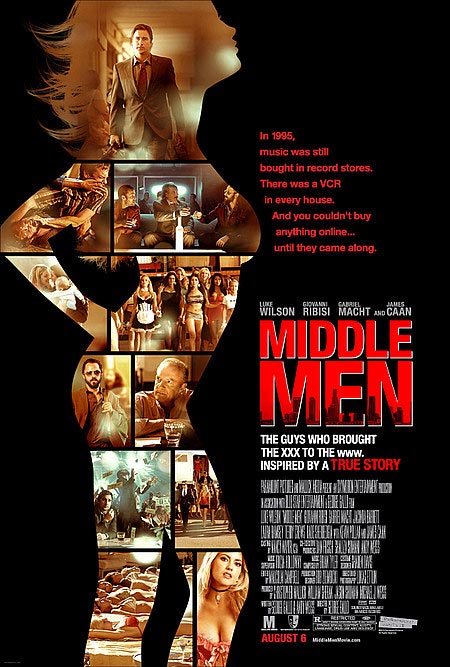