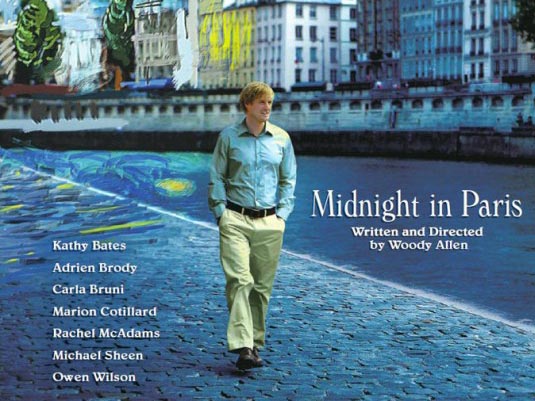 Sony Pictures Classics has released the first trailer and movie poster for Woody Allen’s new film Midnight in Paris, which is set to make its debut at this year’s Cannes Film Festival.

Synopsis: Midnight in Paris is a romantic comedy that follows a family travelling to the city for business. The party includes a young engaged couple that has their lives transformed throughout the journey. The film celebrates a young man’s great love for Paris, and simultaneously explores the illusion people have that a life different from their own is better.

﻿Midnight in Paris is scheduled to open in New York and Los Angeles on May 20, 2011.