Connect with us
Pride and Prejudice and Zombies has finally got a new director. 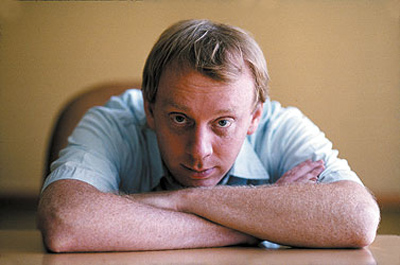 Mike White has officially signed on to direct the film adaptation of Seth Grahame-Smith‘s novel of the same name. White replaces director David O. Russell, who left the project last month. Russell brought Natalie Portman on as a star. Portman originally was attached to play a undead fighting version of Elizabeth Bennet but she’s still producing. Scarlett Johansson and Bradley Cooper had been on Russell’s list and they are still being thrown around as names, but it is merely speculation at this point. Lionsgate offered him to direct the movie earlier this month despite of the fact that White doesn’t have much experience as director. White directed The Year of the Dog and also wrote School of Rock, Orange County, Chuck & Buck. But we’ll wait and see… Pride and Prejudice and Zombies is described as an expanded version of the Austen classic, so, this could be something like Jane Austen’s classic novel Pride and Prejudice with horror elements. Grahame-Smith’s book tells the timeless story of a woman’s quest for love and independence amid the outbreak of a deadly virus that turns the undead into vicious killers. Here’s a short description of the Pride and Prejudice and Zombies book: As our story opens, a mysterious plague has fallen upon the quiet English village of Meryton and the dead are returning to life! Feisty heroine Elizabeth Bennet is determined to wipe out the zombie menace, but she’s soon distracted by the arrival of the haughty and arrogant Mr. Darcy. What ensues is a delightful comedy of manners with plenty of civilized sparring between the two young lovers and even more violent sparring on the blood-soaked battlefield as Elizabeth wages war against hordes of flesh-eating undead. Complete with romance, heartbreak, swordfights, cannibalism, and thousands of rotting corpses, Pride and Prejudice and Zombies transforms a masterpiece of world literature into something you’d actually want to read. No word on when Pride and Prejudice and Zombies will begin filming.
Continue Reading
Advertisement
You may also like...
Related Topics:Bradley Cooper, Mike White, Natalie Portman, Pride and Prejudice and Zombies, Scarlett Johansson, Seth Grahame-Smith