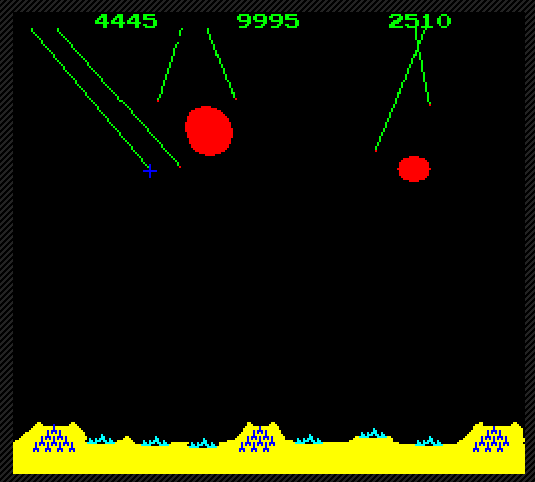 According to Variety, 20th Century Fox is planning a big screen adaptation of the classic Atari video game Missile Command. The game, released in 1980 by Atari, has the player protecting six cities from a variety of missile attacks with a group of defensive batteries. The original game had little additional narrative and was without an ending. The game continued going until the player lost and, as such, was unwinnable. Burk Sharpless and Matt Sazama are set to adapt the 1980s arcade game that Peter Chernin and Dylan Clark will produce through Chernin Entertainment. Atari topper Jim Wilson will exec produce the project. Missile Command is the third property that Atari is turning into a film, after ‘Asteroids’ and ‘Rollercoaster Tycoon.’ It has sold more than 20 million units over its thirty year lifetime. Are you interested in seeing Missile Command become a movie? Sound off with your thoughts below.

The Kids Are All Right 4 Ur Consideration
A Tron: Legacy Sequel On The Horizon
Advertisement