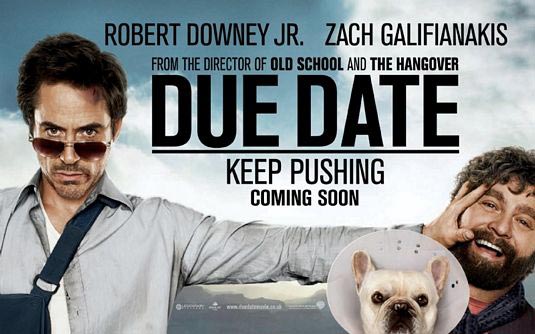 Warner Bros. Pictures has released five posters for Due Date, an upcoming road trip/comedy film from Hangover director, Todd Phillips. The film finds Peter Highman (Robert Downey Jr.) hurrying to get back to Atlanta so he can be present when his wife (Michelle Monaghan) pops out their first child. But his plans are derailed when he runs into wannabe thespian Ethan Tremblay (Zach Galifianakis) and ends up on a riotous cross-country rip with him that will leave cars destroyed, roads damaged and Peter’s nerves shot. The film also stars Juliette Lewis, Jamie Foxx and Alan Arkin. Due Date hits theaters November 5th.