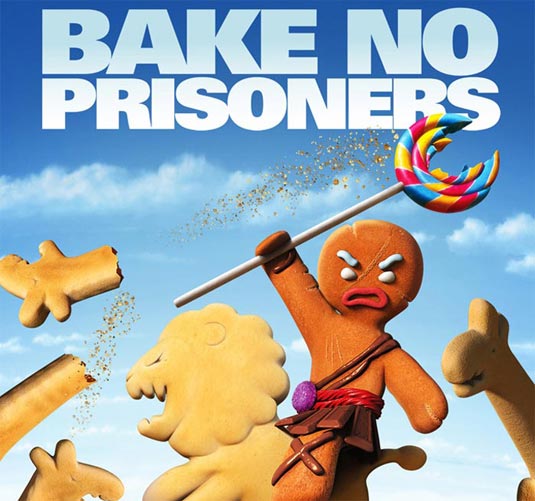 Four new character posters from upcoming animation sequel Shrek Forever After have been outed by DreamWorks. Shrek (Mike Myers) has become a domesticated family man. Instead of scaring villagers away like he used to, the grown-reluctant ogre agrees to autograph pitch forks. Longing for the days when he felt like a “real ogre,” Shrek is tricked into signing a pact with the smooth-talking dealmaker, Rumpelstiltskin (Walt Dohrn). Shrek suddenly finds himself in a twisted, alternate version of Far Far Away, where ogres are hunted, Donkey (Eddie Murphy) is an intellectual who has never met Shrek, Lord Farquaad (John Lithgow) is still alive. Puss (Antonio Banderas) is fat and lazy and Fiona (Cameron Diaz) is a hunting ogre Now, it’s up to Shrek to undo all of Rumpelstiltskin’s mischief in the hopes of saving his friends, restoring his world, and reclaiming his One True Love and family. Hit the jump to check out all six in high resolution