Once you see it, you can’t unsee it. From the twisted minds of producers Farrelly (Hall Pass, Shallow Hal) and Charles Wessler (There’s Something About Mary, Dumb and Dumber), comes Movie 43– the outrageous new ensemble comedy starring some of the biggest names in Hollywood. Movie 43 is not for the easily-offended and contains jaw-dropping, sometimes shockingly disturbing, but always entertaining intertwined storylines you’ll have to see to believe. 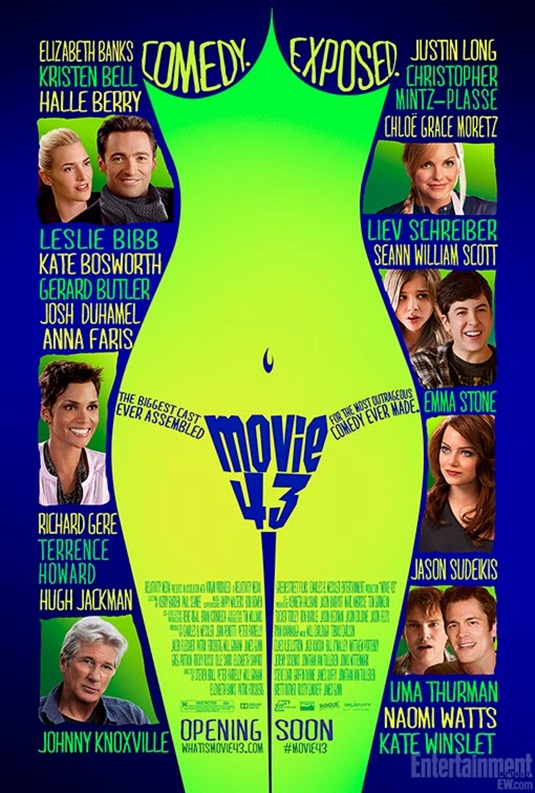