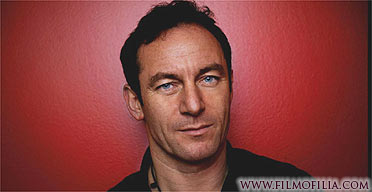 Despite show-stealing turns in the Harry Potter films, Jason Isaacs found himself rejected by the film industry. He tells Emine Saner how winning a role in the gritty US drama Brotherhood salvaged his career. Jason Isaacs has the kind of face that is hard to remember, and I mean that as a compliment. It’s not that he’s average-looking – he’s not (it’s those glinty pale blue eyes) – but somehow he manages to disappear into each role he plays. I don’t think he was too offended when I told him I had never heard of him (I know, I’m charming). What I remember instead are his characters. One of the most extraordinary, in 2006, was Chris in Scars, a low-budget one-off Channel 4 film in which Isaacs played a real-life violent offender. Or the villainous British colonel in The Patriot. Or the deliciously camp Lucius Malfoy in the Harry Potter films. Or the ethically challenged British ambassador in the BBC drama The State Within, for which he has been nominated for a Golden Globe. The event has now been cancelled because of the ongoing writers’ strike, but like many of the stars, Isaacs says he wouldn’t have crossed the picket line.  The strike also means that the future of his television series, Brotherhood, is uncertain. Isaacs, 44, plays Michael Caffee, a small-time gangster who returns home to his Irish-American neighbourhood in Providence, Rhode Island, after years on the run, just as his brother Tommy’s career as a local politician is stepping up. The second season has just started in the UK, but in America, the writers’ strike means that the third series is in limbo. Isaacs got the part in Brotherhood after he had gone to Los Angeles to “salvage my career”. He had appeared in Peter Pan, the 2003 film, which flopped, even though Isaacs says he still believes it is the best film he has ever made. “I was in ‘Hollywood jail’ – nobody would touch me because I had been at the centre of this very expensive flop,” he says. While he was there, he was offered a small part in a couple of episodes of The West Wing. “I did it and loved it. Then I was offered the pilot [for Brotherhood] and it was beautifully written and, frankly, I was feeling unloved by the film world.” With his family based in London, did he think about the implications of being signed up to a long-running US TV series (he is contracted for six seasons)? “People urged me to think very carefully about it. I emailed a friend who is in a very successful American TV series” – no, he won’t say who – “and he wrote back, saying, ‘Don’t do it. It screws your other work up, it splits your family up, people in Britain forget who you are, other projects won’t take you on …'” 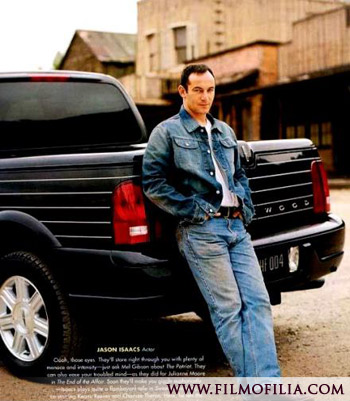