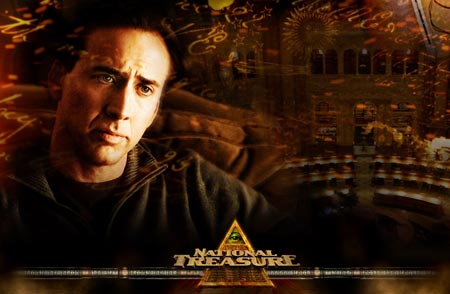 IESB is reporting that during the Disney showcase in Los Angeles, both Jerry Bruckheimer (producer) and Nicolas Cage came out on stage to officially announce “National Treasure 3“. Plot details were not discussed, but it was made clear that director Jon Turteltaub would be back behind the camera, with most of the original cast returning as well. The film is currently in development. According to rumors, “National Treasure 3” will go international, sending the Gates family off to Easter Island and beyond in search of Atlantis. More importantly, the pure, clean power source that was supposedly lost forever when this ancient civilization sank beneath the sea. Which – were it to be harnessed today – would immediately put an end to global warming. Not to mention making gas and oil obsolete. The site says there are rumblings of a 2010 holiday release.
Continue Reading
Advertisement
You may also like...
Related Topics:Nicolas Cage

Will Smith’s I AM LEGEND Prequel In Works
Keira Knightley: No More Pirates!
Advertisement