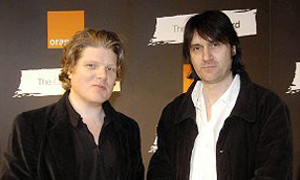 Neal Purvis and Robert Wade, writers of James Bond movies: Casino Royale and Quantum of Solace, have been hired by Parkes MacDonald / Imagenation to write an original action thriller. According to THR, the movie will be based on a concept from Michael Lieber and Walter Parkes who will also, together with Laurie MacDonald produce the project. The story takes place among the nomadic Taureg tribes of West Africa, an area rich with uranium that has become a focal point for both energy companies and terrorist states. An American anthropologist is thrust Into this geopolitical mess when he must travel back to the Sahara to help a former research subject who has been accused of a terrorist attack. “At its heart, this is an action movie set within a world that is morally complex, alluring and completely real – which is why Robert and Neal, whose work spans James Bond to John Le Carre, are uniquely suited to bring a project like this to life,” said Parkes. Parkes MacDonald / Imagenation also works on a remake of Graham Greene’s The Fallen Idol, written by David Farr, Earthbound, The Museum of SuperNatural History and Eat, Sleep, Poop: A Common Sense Guide to Your Baby’s First Year.
Continue Reading
Advertisement
You may also like...
Related Topics:Neal Purvis, Robert Wade