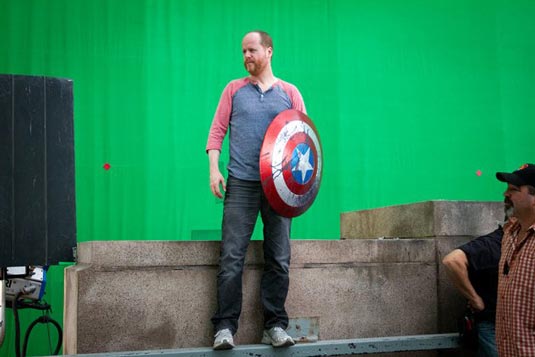 As you might have read, Joss Whedon is writing and directing a live-action TV series pilot for ABC which will focus on S.H.I.E.L.D. organization, so far well known to the Marvel fans and viewers of the recent big blockbuster, The Avengers. The team that is the Strategic Homeland Intervention, Enforcement and Logistics Division is lead by Nick Fury (played by Samuel L. Jackson in the films), but Whedon has a whole new cast of characters for the potential TV series. According to TV Line the new characters are:

Skye – This late-20s woman sounds like a dream: fun, smart, caring and confident – with an ability to get the upper hand by using her wit and charm. (Or “the one all the boys are going to want to sleep with”) Agent Grant Ward –  Quite the physical specimen and “cool under fire,” he sometimes botches interpersonal relations. He’s a quiet one with a bit of a temper, but he’s the kind of guy that grows on you. (Or “the one all the girls are going to want to sleep with”) Agent Althea Rice –  Also known as “The Calvary,” this hard-core soldier has crazy skills when it comes to weapons and being a pilot. But her experiences have left her very quiet and a little damaged. (So, Starbuck from Battlestar Galactica, minus the quiet part) Agent Leo Fitz and Agent Jemma Simmons – These two came through training together and still choose to spend most of their time in each other’s company. Their sibling-like relationship is reinforced by their shared nerd tendencies – she deals with biology and chemistry, he’s a whiz at the technical side of weaponry. (Sheldon and Amy from The Big Bang Theory)

Hmmm… where have I seen a crew like this before? Oh, right – Firefly! Heheh, nevermind, Mr. Whedon, as long as they are as awesome as Firefly’s. I’m not sure if Whedon will direct the series/pilot, but he will definitely write the script, along with his brother, Jed Whedon, and Jed’s wife Maurissa Tancharoen (Dollhouse). Tell us your opinion on the characters in the comments and stay tuned!
Continue Reading
Advertisement
You may also like...
Related Topics:Battlestar Galactica, Firefly, Joss Whedon, S.H.I.E.L.D., Samuel L. Jackson, The Avengers, The Big Bang Theory

Ron Perlman and George Finn in SAVAGE MUTTS
Meryl Streep In Talks To Star In INTO THE WOODS?
Advertisement