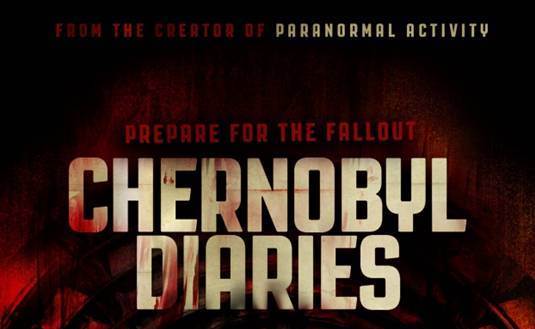 Oren Peli, the creator of Paranormal Activity, just posted the pic of Chernobyl Diaries international poster on his Twitter account! The upcoming horror film is written and produced by Peli, but his original story is directed by Bradley Parker, who comes from VFX work on films like Let Me In and Fight Clu. We recently gave you U.S. one-sheet for Chernobyl Diaries. International one-sheet has took a somewhat simplistic approached that has a gas mask in it. Set to release May 25th 2012 domestically, the film stars Jesse McCartney, Pasha D. Lychnikoff, Dimitri Diatchenko, Jonathan Sadowski, Olivia Dudley, Ingrid Bolso Berdal, Nathan Phillips, and Devin Kelley. Synopsis:

Chernobyl Diaries is an original story from Oren Peli, who first terrified audiences with his groundbreaking thriller, Paranormal Activity. The film follows a group of six young tourists who, looking to go off the beaten path, hire an “extreme tour” guide. Ignoring warnings, he takes them into the city of Pripyat, the former home to the workers of the Chernobyl nuclear reactor, but a deserted town since the disaster more than 25 years ago. After a brief exploration of the abandoned city, however, the group soon finds themselves stranded, only to discover that they are not alone…

Take a look at this radioactive one-sheet. 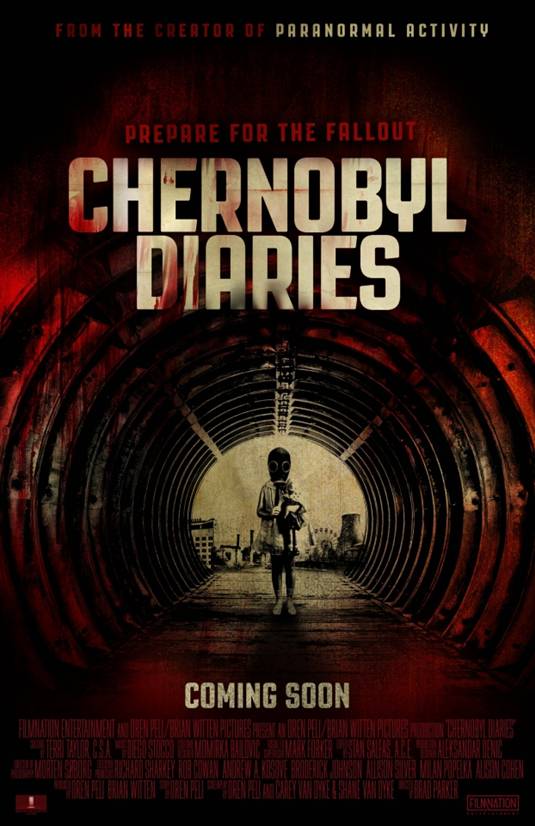