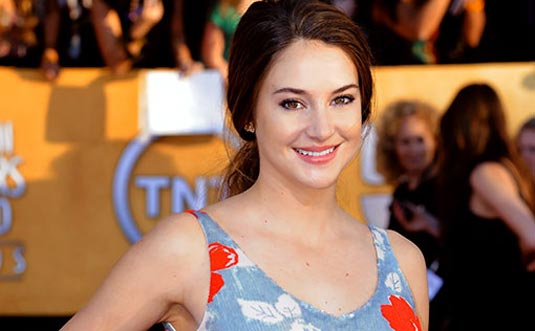 Earlier today, it was revealed that Shailene Woodley had signed up for the lead role in Lionsgate’s adaptation of Veronica Roth‘s Divergent (a similar type of young adult novel to The Hunger Games, it seems), which understandably led to worrying that she wouldn’t have time to play Mary Jane Watson in The Amazing Spider-Man 2. Well, not so, according to The Hollywood Reporter, which claims Woodley has already “booked the coveted role” which, “is proving to be only a very small part in Marc Webb‘s The Amazing Spider-Man 2 but blossoms into an integral lead for the planned third movie as the studio seeks to build to the classic ‘Death of Gwen Stacy’ story.” Perhaps we’ll only see the actress for the legen – wait for it – dary scene, “Face It Tiger. You Just Hit The Jackpot!”… The Amazing Spider-Man 2 is set to release on May 2nd, 2014 and it will also star Andrew Garfield and Emma Stone. What do you think about it? Are you excited and do you think she’s the right choice?
Continue Reading
Advertisement
You may also like...
Related Topics:Andrew Garfield, Emma Stone, Marc Webb, Shailene Woodley, The Amazing Spider-Man, The Amazing Spider-Man 2, The Hunger Games