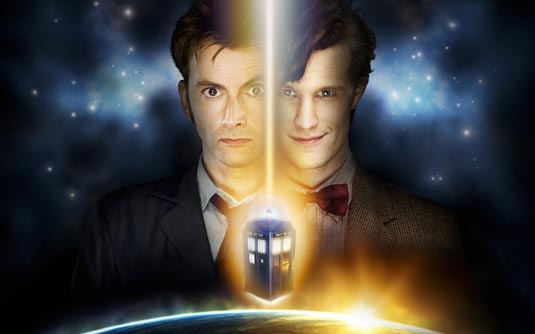 As all fans surely know already, the 50th anniversary of Doctor Who TV series is nearing. Big things are already underway, the latest of which is the release of a collection of eshorts – eleven tales from well-known children’s authors will chronicle each of the eleven Doctors, featuring each ‘incarnation’ of the Doctor from William Hartnell to Matt Smith (and yes, even Paul McGann). The first author will be named on the Doctor Who Facebook page on January 7th.
Prev1 of 2Next
Use your ← → (arrow) keys to browse
Continue Reading
Advertisement
You may also like...
Related Topics:Doctor Who, Matt Smith, Steven Moffat