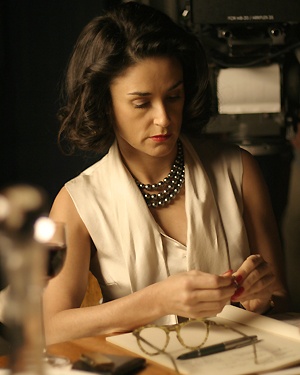 “Flawless” is crime/drama set in 1960 London, where a soon to retire janitor (Caine) convinces a glass-ceiling constrained American executive (Moore) to help him steal a handful of diamonds from their employer, the London Diamond Corporation. Synopsis

Michael Radford (Il Postino and The Merchant of Venice) directs screenwriter Edward Anderson’s script about an aging janitor and an American executive who form an unlikely alliance in order to carry out an elaborate jewel heist. Set in 1960s-era London, the tense crime thriller stars Michael Caine as the scheming maintenance man who longs to relieve his employers at the London Diamond Corporation of their valuable inventory, and Demi Moore as the savvy executive who is completely perplexed by the wealthy diamond magnates.