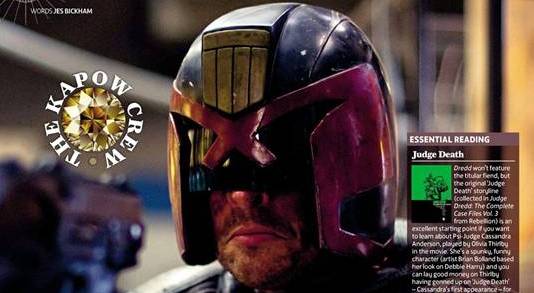 Here’s a brand new photo of Karl Urban as Dredd in the film of the same name, from the February issue of Total Film. The new adaptation of the British comic book series 2000 A.D.  most noted Judge Dredd stories, which name is  invoked over similar issues to those explored by the comic series, such as the police state, authoritarianism and the rule of law. Dredd is helmed by Pete Travis (Vantage Point, Endgame) from a script by Alex Garland. Released in both 3D and 2D on September 21st, 2012 courtesy of Lionsgate, alongside Urban in the title role, Dredd also stars Olivia Thirlby and Lena Headey as antagonist Madeline Madrigal.

[Dredd] takes us to the wild streets of Mega City One, the lone oasis of quasi-civilization on Cursed Earth. Judge Dredd is the most feared of elite Street Judges, with the power to enforce the law, sentence offenders and execute them on the spot – if necessary. 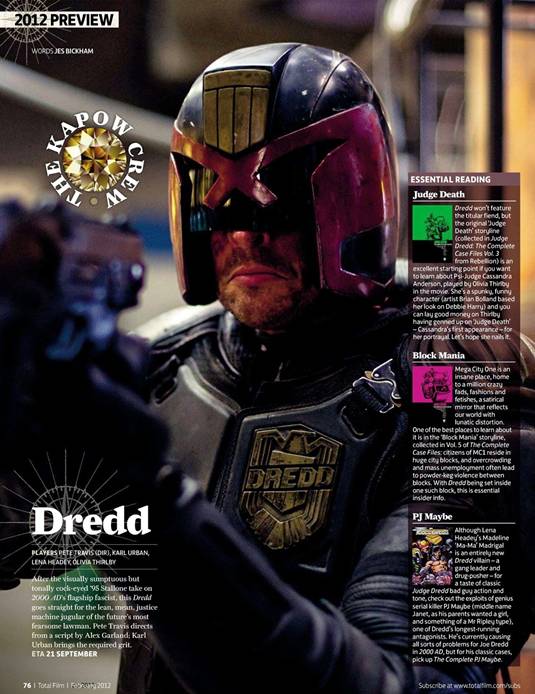