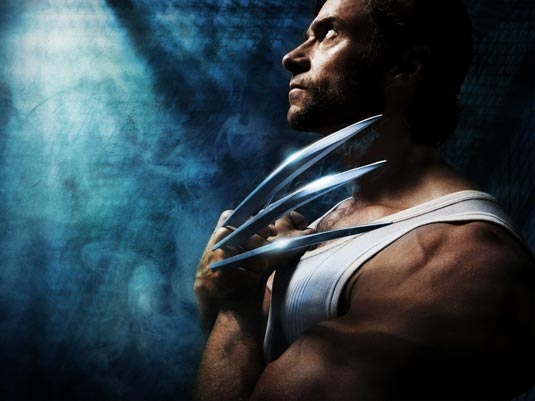 A new The Wolverine image from the Empire magazine’s James Mangold interview page has gone online, and it flourishes Wolverine’s bone claws. Hit the jump to see it.

For the sake of a small chance you’ve never heard of The Wolverine character or the X-Men (in which case you should be killed with fire before you lay eggs, heheh), Wolverine’s claws are part of his genetic mutation and are made of bone, as a natural part of his skeleton, all of which was coated in indestructible adamantium as part of the Weapon X program, which took place before he joined the X-Men. While it is reported that The Wolverine will have nothing to do with the plot of Origins, it will still acknowledge the X-Men trilogy and to much of surprise, won’t be a prequel to them. In an interview given to Empire, the film’s director said the following:

“Where this film sits in the universe of the films is after them all,” reveals Mangold. “Jean Grey is gone, most of the X-Men are disbanded or gone, so there’s a tremendous sense of isolation for him.”

He believes it’s important that the new movie exists beyond the current movie continuity:

“That’s something that for me was very important, that I land in a very specific place in his timeline,” says Mangold. “I wanted to be able to tell the story without the burden of handing it off to a film that already exists and having to conform to it. The ideas of immortality reign very heavily in this story and the burden of immortality weighs heavily on Logan. For me that’s such an interesting part of Logan’s character that is nearly impossible to explore if you have a kind of league or team movie.”

Based on the celebrated comic book arc, The Wolverine finds Logan, the eternal warrior and outsider, in Japan. There, samurai steel will clash with adamantium claw as Logan confronts a mysterious figure from his past in an epic battle that will leave him forever changed.

Well, this only has me even more intrigued to see what’s in store for our now ‘widowed’ (well, not to the letter, since he wasn’t married to Jean, but you get my drift), favourite mutant badass. And since Famke Janssen is shooting only a cameo, my guess is that she’ll appear in a flashback. The film stars Hugh Jackman, Will Yun Lee, Svetlana Khodchenkova, Hiroyuki Sanada, Hal Yamanouchi, Tao Okamoto and Rila Fukushima. The Wolverine hits the big screens on July 26th, 2013. The Wolverine Wallpaper