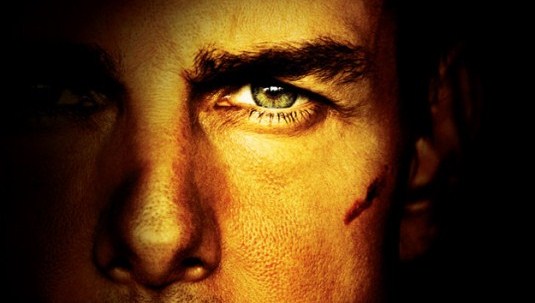 Jack Reacher – coming soon! And that’s all you’re going to see from this new international poster for the movie which is set to open later this year. Oh, sorry, one green eye is also there, and I’m sure that Tom Cruise fans will appreciate this close-up image. You can even put your lips on your screen and pretend you’re Scientology-approved Yolanda Pecoraro, or…someone like that! Be creative! Anyway, back to the movie! Jack Reacher comes from director Christopher McQuarrie, and beside Cruise, it also stars Rosamund Pike, David Oyelowo, Richard Jenkins, Alexia Fast, Robert Duvall, Jai Courtney and Werner Herzog. As we previously reported, the movie is based on One Shot novel written by Lee Child, which follows ex–military investigator Jack Reacher who teams with a beautiful young defense lawyer, moving closer to the unseen enemy who is pulling the strings. He knows that no two opponents are created equal. This one has come to the heartland from his own kind of hell. And Reacher knows that the only way to take him down is to match his ruthlessness and cunning—and then beat him shot for shot. Jack Reacher opens on December 21st, 2012.