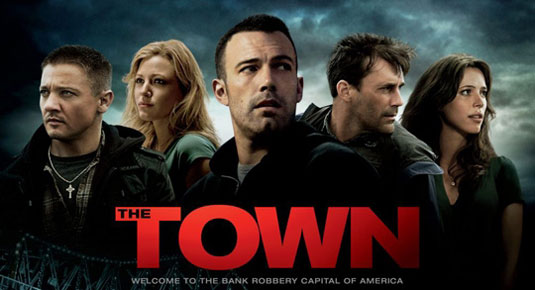 Empire has just premiered a new international poster for the upcoming Ben Affleck‘s upcoming crime / drama movie The Town. Affleck stars alongside Jeremy Renner, John Hamm, Blake Lively, Chris Cooper and Rebecca Hall for a drama centred on bank robbery. Doug MacRay (Ben Affleck) is an unrepentant criminal, the de facto leader of a group of ruthless bank robbers who pride themselves in stealing what they want and getting out clean. With no real attachments, Doug never has to fear losing anyone close to him. But that all changed on the gang’s latest job, when they briefly took a hostage–bank manager, Claire Keesey (Rebecca Hall). Though they let her go unharmed, Claire is nervously aware that the robbers know her name…and where she lives. But she lets her guard down when she meets an unassuming and rather charming man named Doug…not realizing that he is the same man who only days earlier had terrorized her. The instant attraction between them gradually turns into a passionate romance that threatens to take them both down a dangerous, and potentially deadly, path. Affleck co-wrote the screenplay with Peter Craig (Waterbug) and Sheldon Turner (Up in the Air). Warner Bros will be bringing The Town to theaters this September 17th, 2010. Have a look at the International poster below and let us know what you think. 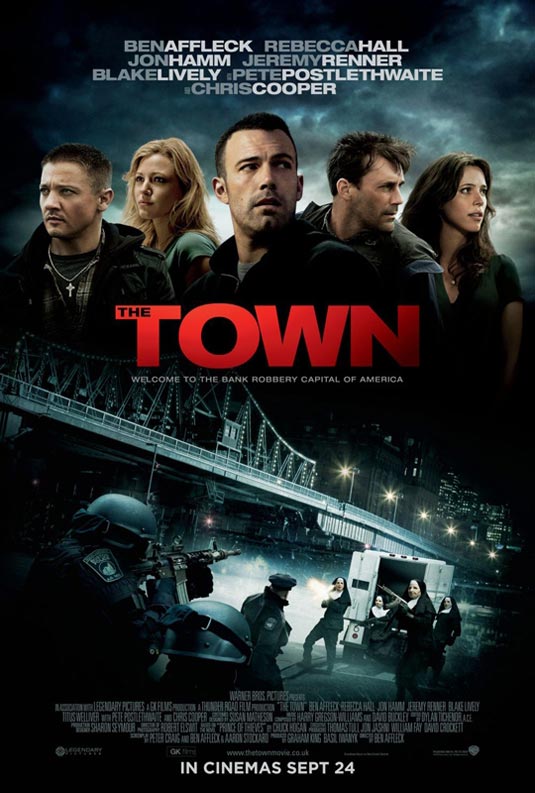